Football is a crazy game, every movement and every player is very vital for the club, if there is any confusion the complete world goes crazy. Keeping that in mind the hackers group once again struck the RealMadrid account now; which says “Barcenlona’s greatest player Messi is signed up for Madrid” 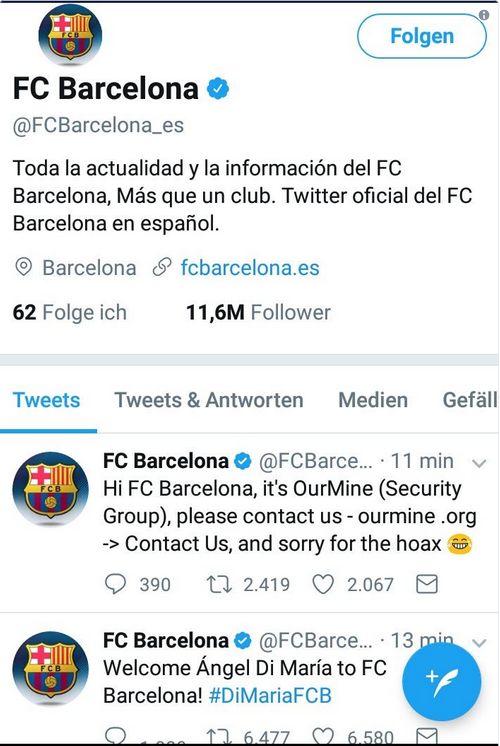 Who is Ourmine? Are they BlackHat? or Whitehat?

Before I convey, one previous incident reminds me that “One day after an article published in BuzzFeed for claiming the particular group member, OurMine infiltrated BuzzFeed’s website and modified their content of several posts to read as “Hacked By OurMine”.” Keeping that in mind the below for your conclusion 🙂

They are the new hackers who grouped in 2014 and experts claim as they have located in Saudi Arabia [Assumption – Since an IP trace showed SA ] with 5 members team along with Official website ourmine.org

Proving their Hacking Capabilities through famous Celebrities, CEO’s and famous organization accounts including YouTube accounts and videos. Game of Thrones ?

It’s clear the last two years they are striking goals back to back. This is a serious issue where even they were able to hack high profiles which shows the security deployed in the industry.

Security Practices and Protection Levels require a must improvement it’s not important they are Black-hat or White-hat, it’s proven the industry security practices is on a TOSS.